Flip Finance helped the Centre for Innovation in Voluntary Action (CIVA) develop a fund structure that is set apart from much of the current social investment sector, where relationships are central to deals, where decision-making and term setting are agreed mutually, where CIVA isn’t just providing support from afar but where it is deeply embedded and along for the whole journey with investees. At the same time, the fund needs to be efficient and, if possible, CIVA are aiming to at least break even and retain its investment capital.

CIVA is a charity and company that was set up in 1995 by Michael Norton and was chaired from its inception, until his death in 2014, by the lawyer Stephen Lloyd.

CIVA is led by a group of principals, who work on their own projects but collaborate wherever possible. Current principals are Michael Norton, Ben Metz and Lily Lapenna. Michael and Ben both run projects that undertake social investment. Combined they have over 20 years experience of social investment and currently manage a portfolio comprising around £190,000 of investments on various terms (differently configured loans and some equity).

CIVA has received a donation of between £1 million and £1.5 million at the beginning of the April 2016 to expand its existing social investment activities. The working title for the fund is ‘CIVA Invests’, the key aims of which is to build a new approach to social investment that: 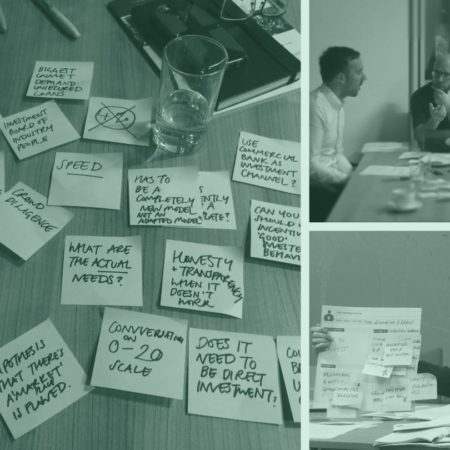 On 04 November 2015 Flip Finance ran a Sprint where 15 people came together to assist the Centre for Innovation in Voluntary Action (CIVA) develop its approach {...}

You will hear from us quarterly, we won't share your details.